Parameterization of a Point Lens Lightcurve 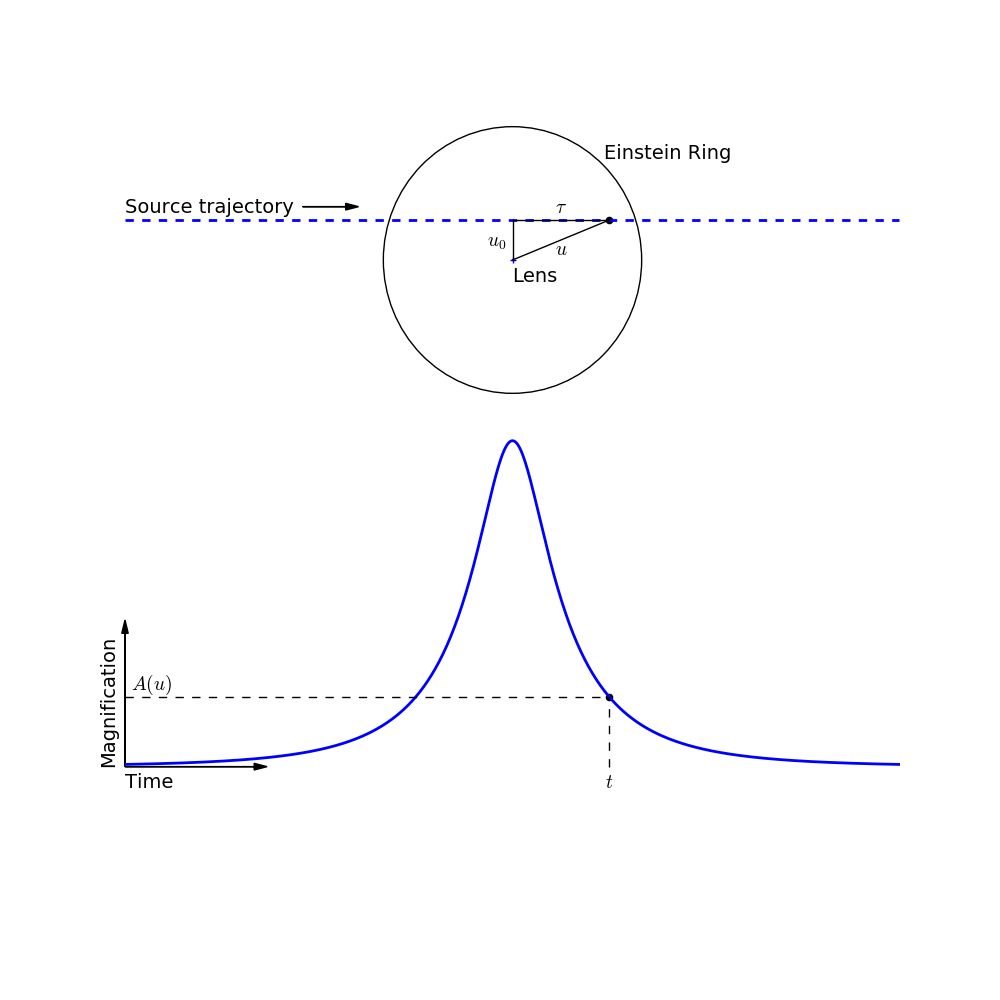 A point lens microlensing event is parameterized by three variables:

The magnification of the source is given by the equation:

Below are discovery lightcurves of the first microlensing events. For each one, estimate its point lens parameters (t0, u0, tE). These basic parameters can be directly inferred from the lightcurve by measuring the height and time of the peak and tFWHM of the lightcurve (FWHM = Full Width Half Maximum). Then, tE can be calculated using the measured tFWHM and the above equations. In the limit where u0 << 1, tE ~ (1/2)tFWHM/u0. 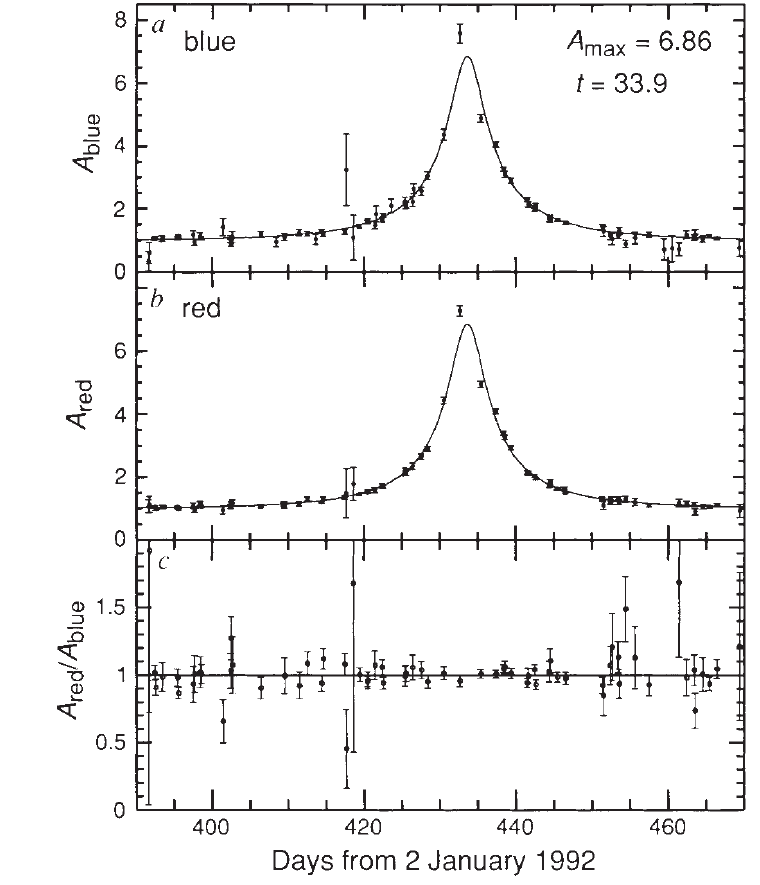 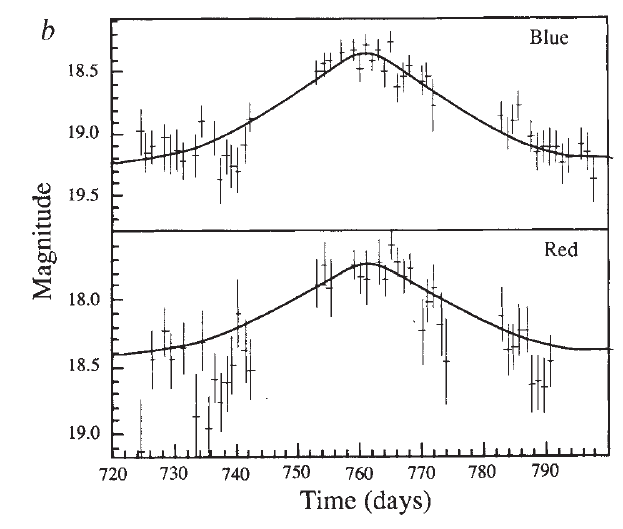 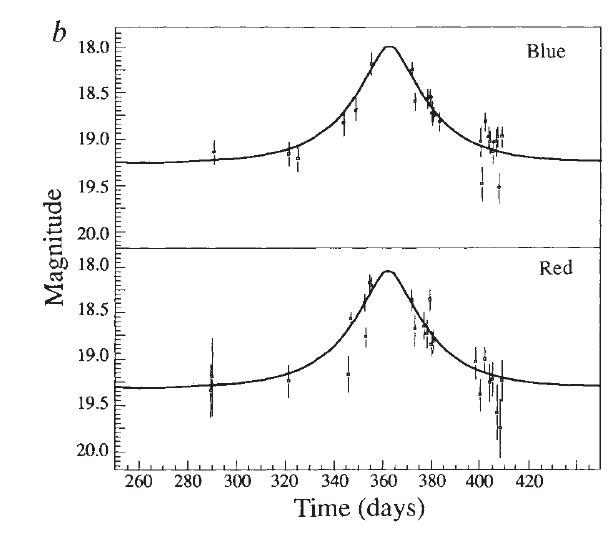 In each of the examples shown above, there are two panels shown: red and blue. Why? Gravitational lensing is achromatic meaning that all light is magnified equally, regardless of wavelength. The fact that the lensing signal is the same in both bands is further proof that the observed light curves are caused by lensing rather than some other astrophysical effect. (For example, a stellar flare would look different in red and blue light.) The bottom panel of the first figure, Ared/Ablue, demonstrates that the signal is achromatic by showing that the ratio of the magnifications is flat.